A MONTAGE OF GLASS HISTORY 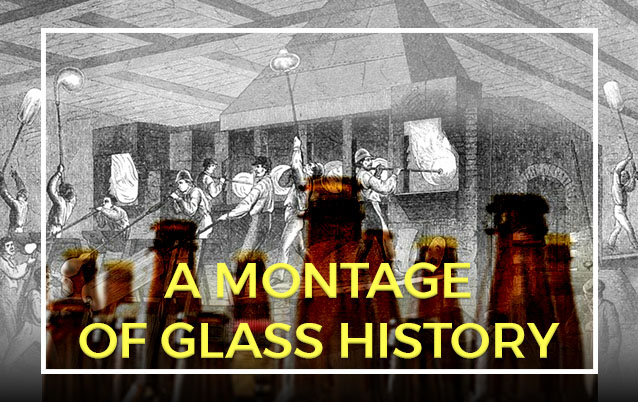 DISCOVERY OF THE FIRST EVER NATURAL GLASS : OBSIDIAN

Glass is a unique material that is physically and practically flexible. Glass is a chemically neutral material and can be manufactured in a variety of ways. It has been used throughout human history since before 2000 BC. It started in Mesopotamia and has become more common over thousands of years. 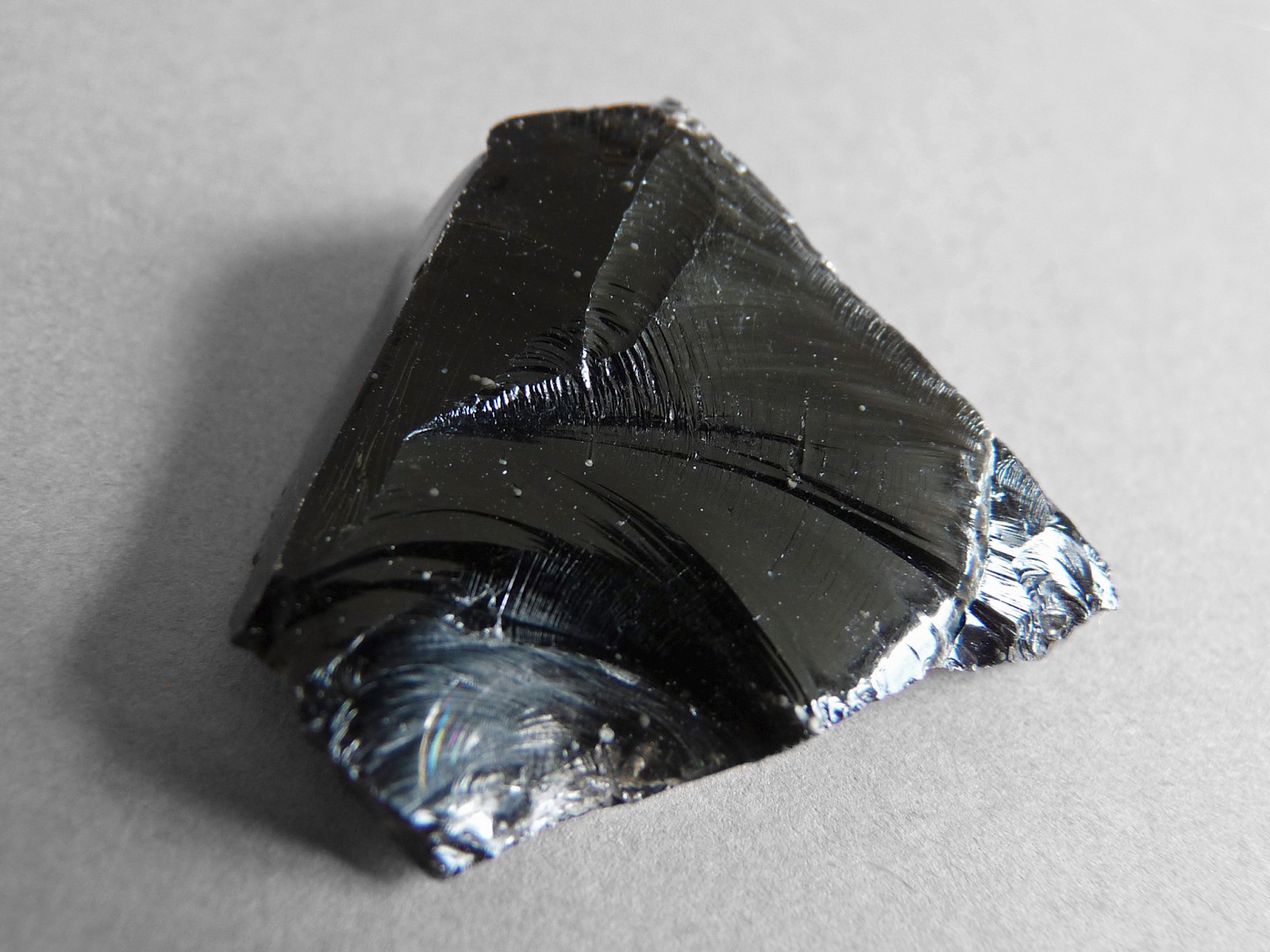 Despite being very popular in our modern times, glass can be found in many forms in nature. Modern glass may be mostly artificial, but the natural beauty and strength of natural glass is undeniable. Despite all of this, it is difficult to determine the strength of glass, especially because scientists often claim that glass is a state of matter rather than a single type of material.

Obsidian, perhaps the most well-known type of natural glass, is formed when a sudden hit of water or air causes the melted rock to cool rapidly. Many people recognize obsidian for its distinct black lustre, but in rare cases it may have snowflake-like spots on its surface or an iridescent lustre.

Obsidian occurs naturally all around the world, essentially wherever a volcanic eruption occurs.Obsidian can be commonly found when hiking near volcanic areas from Argentina to the United States, but amazingly surprising areas include Japan and Scotland. The natural beauty of this glass makes it an attractive ornament.

The most common colour of obsidian is Black. Due to the presence of iron oxide, it can also be found in brown, green and tan shades. In the rarest of cases, obsidian can be blue, red, orange or yellow in colour.

The main uses of obsidian were, manufacturing, cutting and piercing tools and weapons such as knives, arrowheads, spear points and scrapers. The different colours it is found in, makes this rock an alluring ornament and a semi- precious stone.

THE SUBSEQUENT SHIFT FROM NATURAL TO MAN-MADE GLASS

Archaeological evidence shows that natural glass, such as obsidian, has been used by humans for a long time. Synthetic glass and glaze were made dating back to human history. The earliest known glaze (glass coating) dates back to around 12000 BC. The earliest solid glass was around 7000 BC; Both were found in Egypt and remained the centre of glass and glaze production throughout ancient history. Initially, glass was used only for decorative purposes, but was later moulded or pressed into a container. The invention of blown glass around the 1st century BC. In BC, the use of glass increased significantly for practical purposes in Roman times, mainly for ships and later for windows. In Europe, after the fall of the Roman Empire, glassmaking was scattered in isolated areas, but continued in the Byzantine Empire (especially Syria) and by Arabs in Syria, Egypt and Persia. Venice had become the centre of the revived glass industry in Europe since about 1300.The development of art paralleled the Renaissance of the 15th century, and the most important advancement in Venice was the production of clear, colourless glass called Crystallo. This glass made Venice a major centre for glass manufacturing and glass exports by the 17th century, expanding throughout Europe, especially in Bohemia, Nuremberg and the United Kingdom. 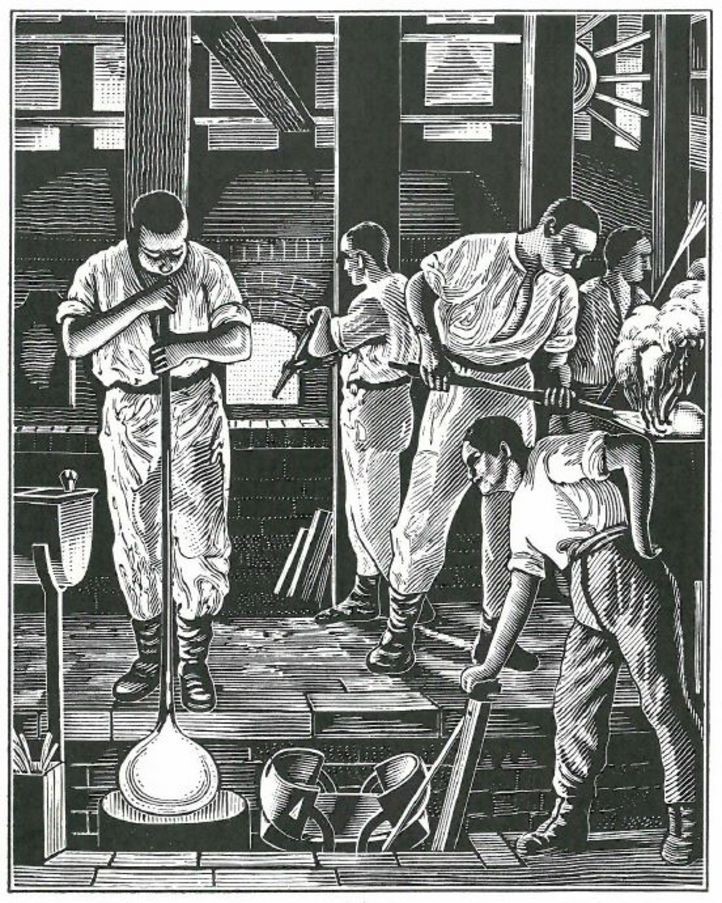 The history of glass does not begin in Mesopotamia, where there are master craftsmen from the 3rd millennium BC. Discover how to make glass. Glass occurs naturally. Quartz sand melts at very high temperatures and forms glass when the melted mass cools. “Solidified liquid”, that’s glass. Lightning causes such high temperatures, but so do the effects of volcanic eruptions and meteorites. In this way, fulgurite, obsidian and tektite vitreous rocks are formed. As early as the Neolithic around 7000 BC, people used glass as a tool. They recognized the excellent properties of naturally formed glass rocks. For example, they used the sharp edges of obsidian to make wedges and scrapers.

Around 1500 BC, the Egyptians made the first hollow glass containers for ointments and oils. The oldest dated glass objects can be seen in Munich’s Egyptian art collection. Delicate glass made of pale blue glass.

The library of Assyrian King Ashurbanipal contains the first glass recipe written: “Bring me 60 sand, 180 seaweed ash, and 5 chalk.” Dating back to 658 BC, this formula was unparalleled for 2500 years. Quartz sand, potassium and lime produce a natural, impermeable, malleable and durable raw material that is glass.

PREAMBLE OF A TECHNOLOGICAL REVOLUTION IN 100 B.C. 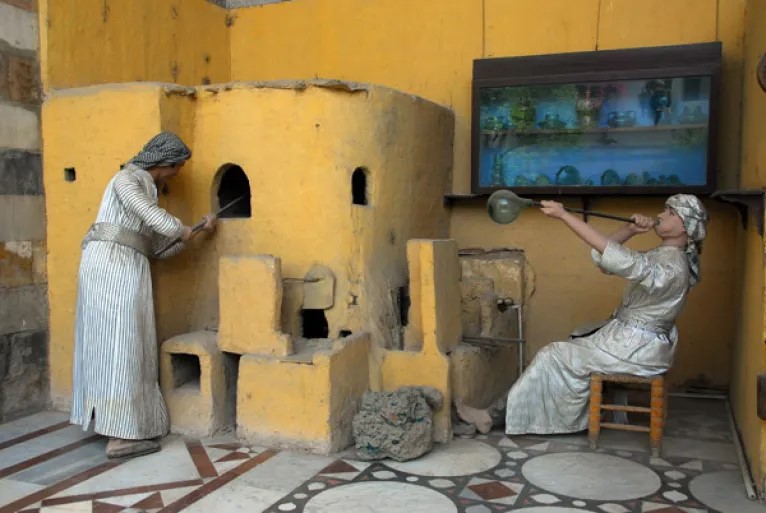 Around 100 BC, a technological revolution took place in a glass blower hut off the coast of Syria. Today we don’t know his name, but the glass blower invented the blower tube. It consists of a tube 1.2 to 1.6 m long with a mouthpiece at one end. At the other end, a glass blower takes a mass of molten glass and twists, shakes, rolls and blows air into the cooling mass. Since then, glassblower has been able to produce all kinds of thin wall glass. 100 years later, in the Roman Empire, luxurious glasses with colourful decorations were already being produced. 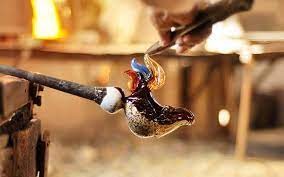 Since the 11th century, Venice has been the centre of glass production in the Western world. The local glass workshop “phioleri di Murano” has reached unimaginable levels of craftsmanship, especially in the production and processing of clear crystals, and has developed an elegant Renaissance glass style within the Venetian glassmaking tradition.

There are several examples of how the Egyptians were able to make window panes, but it was the discovery of the principle of crown glass that finally brought light to Gothic-era castles and cathedrals. Glassblowers press a piece of glass into a flat disk and use lead to connect the central parts to form a large area.

In the French city of Saint-Gobain, glassblowers first poured molten glass onto a table and rolled the molten mass until it was the same thickness. It was ideal for nobles to make mirrors to decorate their Rococo palaces. 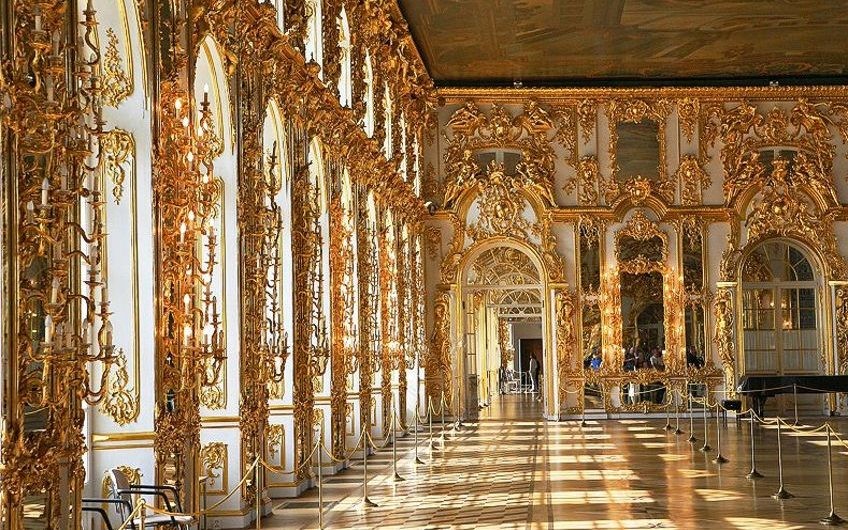 In 1867 Friedrich Siemens introduced the continuous melting furnace, a technological innovation that accelerated the industrialization of the glass industry. This tank furnace still consists of a smelter and working parts, working day and night non-stop. This was a milestone in the mechanical production of glass containers. 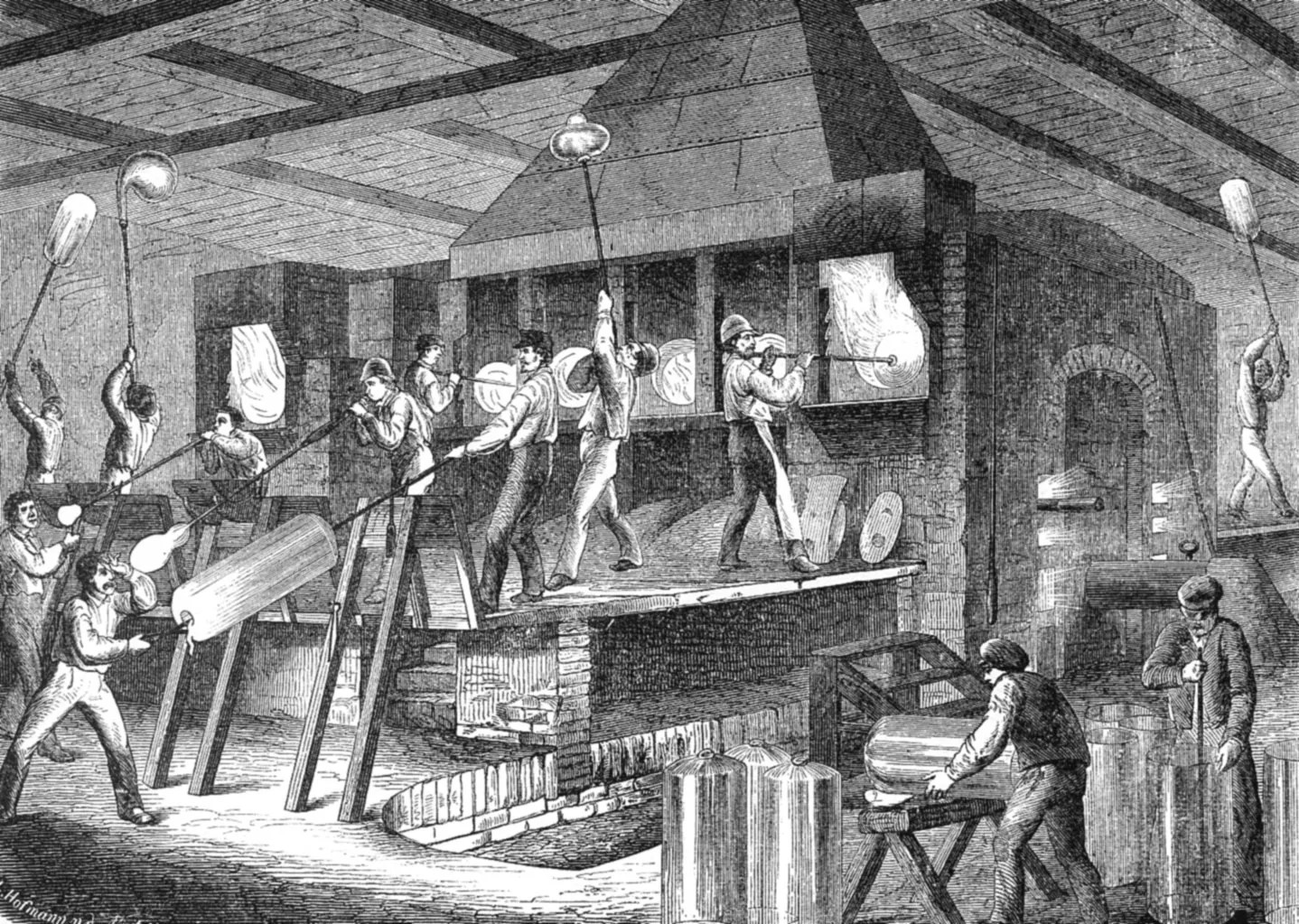 American Michael J. Owens invented a masterpiece of engineering, the fully automatic bottle-blowing machine. It used a suction and blow process. In other words, a piece of glass is sucked into the mould and cut automatically. This miracle machine was able to produce 2,500 bottles per hour.

In 1925, engineers Ingle and Smith applied for a patent on the IS machine. Hollow glass, a production method still used today, is produced by the blow and blow process. The drops are pre-blown in a metal mould and then the pre-formed drops are transferred to a second mould where the blow is complete..

GLASS IN THE CONTEMPORARY WORLD 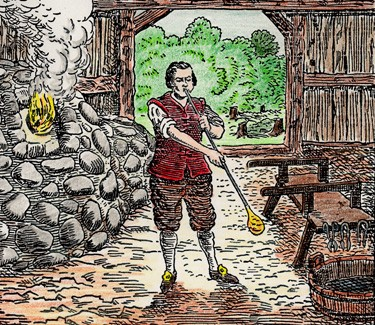 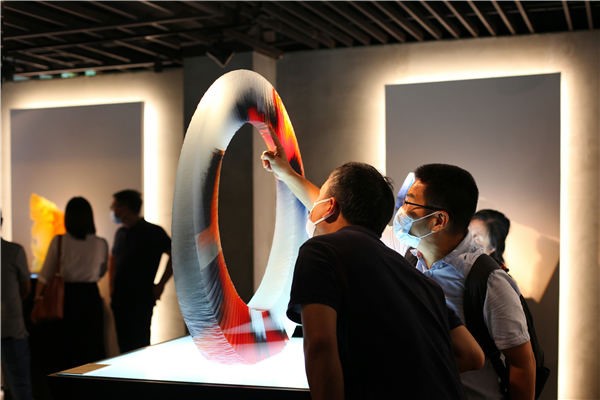 It was the introduction of electronically controlled machines that increased the production of glass manufacturers in the second half of the 20th century. A new lightweight glass manufacturing process helps protect the environment and conserve energy sources. Glass is an essential part of our lives. Used in research, communication technology, construction and solar systems. Glass is an ideal packaging material for beverages, food and cosmetics.

If you have any questions or comments regarding clear/flint glass bottles, please visit https://ajantabottle.com/

For more blogs and videos on glass packaging, visit https://www.ajantabottle.com/blog/

For the latest updates on glass packaging, subscribe to our

To know more about glass jars and bottles, refer to India’s only and first ever book on glass packaging, “Through The Glass – Past. Present. Only future” authored by our director, Mr. Deepanker Agarwal. The Amazon link to purchase the book is:

LET US HELP YOU